Take Over Tinseltown with Entertainment Inflatables 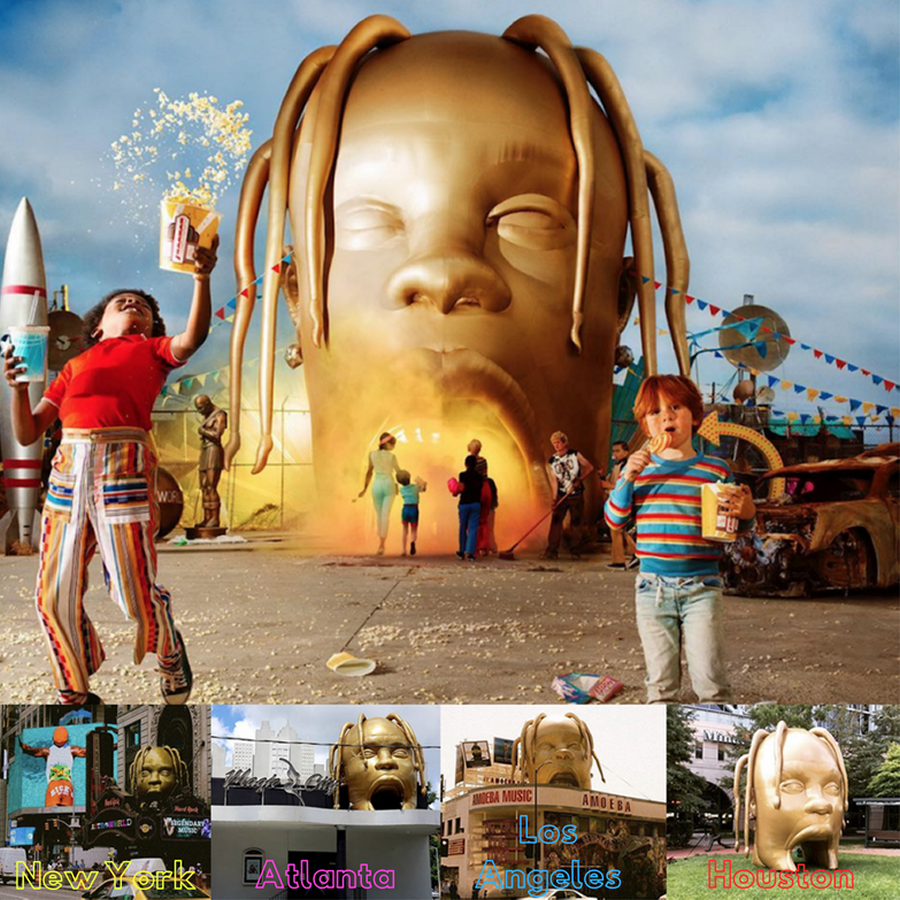 Take Over Tinseltown with Entertainment Inflatables

Inflatables and the Entertainment Industry Go Hand in Hand

Grabbing people’s attention is hard work. That is why thinking outside of the box is important when promoting new music, movies, TV shows or any other big time event. So, start marketing smarter and not harder with inflatables from Inflatable Design Group! In fact, you can rock the red carpet with custom entertainment inflatables that will change the way your audience thinks about your brand.

Today we will take a closer look at a real-life example of how to use an inflatable to engage your target market. With the help of renowned photographer David LaChapelle, Travis Scott took his inflatable silhouette to new heights. From album cover to Minute Maid Park, there is no limit to where or what a custom inflatable can do.

In order to get fans fired up, he utilized inflatables to get everyone talking. Here at IDG, we custom make every inflatable to meet your exact specifications. We created 6 inflatables for Travis and his team ranging from 17 feet to 33 feet in height. All 6 inflatable heads created a cohesive visual marketing campaign that tied back to the musician’s album.

Inflatables are easy to transport and set up. So, they sent multiple heads to different locations around to US prior to the album’s release. From the Hard Rock Cafe in New York to the Amoeba record store in Los Angeles, Travis’s inflatable head was seen across the US. In order to bring focus back to the album, Travis featured his inflatable in his album art (shot and directed by David LaChapelle). As you can see, inflatables are great for showcasing your brand whether that is through a simple archway or your very own art piece.

Bring Something New to Showbiz with Inflatable Design Group

Let us at Inflatable Design Group take your marketing campaign to the next level! Inflatables are great for generating buzz and providing people with something to talk about! Or even better use your inflatable as a social media fire starter. In addition, Inflatables are great photo ops for Instagramers everywhere. Check out our website HERE for more info and get started on your very own inflatable creation today.

A Promotional Product Let You Take Advantage of the Summer Sun!
Next
Take a Walk on the Wild Side with Inflatable Shoe Replicas