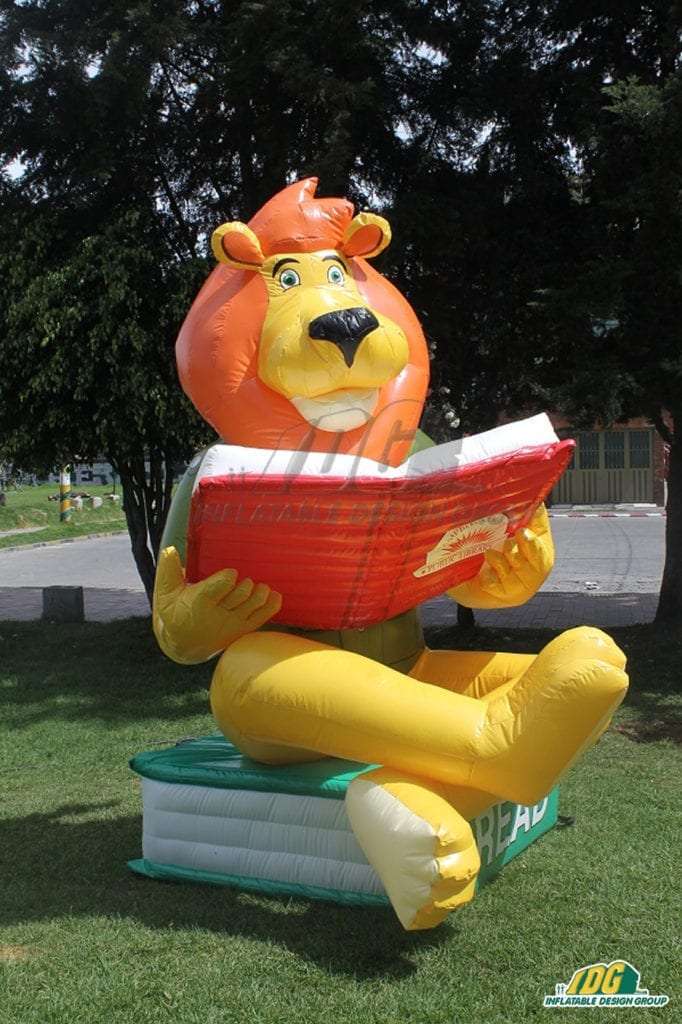 Here at Inflatable Design Group, we have some amazing artists. At each level too; from the concept to the imaging software to the creation of the actual inflatable animal, the high-quality artistry remains the same. For example, as you can see with the inflatable elephant we created for ProcureCon Marketing, the inflatable is incredibly realistic! Even the details, such as accurate proportions and wrinkles are included for this custom inflatable elephant. ProcureCon wanted a realistic elephant inflatable. Therefore, Inflatable Design Group delivered! For your next event, wow your customers with a realistic custom inflatable animal!

As many of you may know already, last week was Shark Week. For those of you who may not have been aware, it’s an annual, week-long block where the Discovery Channel plays shark-focused material. It has since expanded from television but was originally devoted to educating people about sharks and conservation efforts. Last week, according to the Shark Week 2019 schedule, one of the shows follows retired Marine Rob Riggle as he “packs his bags and dives back into the water for a shark-filled adventure with some of his celebrity friends in ‘Shark Trip: Eat. Prey. Chum.'”

IDG is your go-to for custom inflatable animal mascots! From personal experience playing high school football, nothing beats the electric excitement of rushing onto the field through a tunnel, underneath my school’s mascot. The roar of the crowd, the anticipation of competition. My parents felt that same excitement, seeing my brother and I running onto the field together underneath that mascot. If you had the same experience playing sports, or have seen it from the stands, you know that excitement! However, IDG’s inflatable mascots are not limited to only high school football. Inflatable Design Group has created impressive custom inflatable animal mascots for high schools, universities, and even professional sports teams! For example, IDG has created a Bronco entryway for the Denver Broncos, a duck for the Children’s Discovery Museum, and many more!

Inflatable Design Group has collaborated with charitable organizations to help make the world a better place. For example, IDG created products for the Elephant Thoughts organization. Elephant thoughts is a Canadian charity, founded in 2002 by a group of teachers, principals, and other professional educators. According to the website, Elephant Thoughts’ “membership and volunteers consist of 1000’s of teachers globally. This helps us leverage the expertise of hundreds of education professionals to create some of the most effective and innovative educational solutions offered in any school, anywhere”.

To support Elephant Thoughts’ wonderful devotion to education, IDG created multiple animals. These animals ranged from 8-15 feet tall and had a tunnel-like space at the bottom of each inflatable. This is where the educational part comes in. IDG also created anatomically correct inflatable vital organs and spaces where those vitals should be. Therefore, one could take an inflatable duck intestine and place it in the correct location. These custom inflatable educational animals were utilized with elementary students following their animal anatomy lessons. Therefore, the students had the hands-on opportunity to practice their knowledge. This inflatable activity undoubtedly helped the students retain the anatomy lessons. The Inflatable Design Group was honored to work toward such a noble cause with the Elephant Thoughts organization. If you would like to learn more about Elephant Thoughts or donate, follow this link! Also, if you would like to learn more about IDG, click here!

Inflatable Design Group is known for our custom inflatable animals being accurate and high quality. In addition, IDG can create custom inflatable creatures and fictional characters as well. Therefore, the animal does not have to be real for the talented IDG team to bring it to life! When we say custom, we really mean custom! Any idea, any character or creature is possible with our artists. Custom inflatable animals extend to custom inflatable creatures and characters! For example, IDG has created a giant dragon for the Forbidden Kingdom music festival. The dragon loomed over the stage and added to the fantastic atmosphere of the festival. For San Diego’s 2019 Comic-Con, we made a custom inflatable robot chicken head and Early Cuyler character for Robot Chicken and Squidbillies. These characters made fans feel like they walked into their favorite shows! So, Contact IDG for a free estimate!