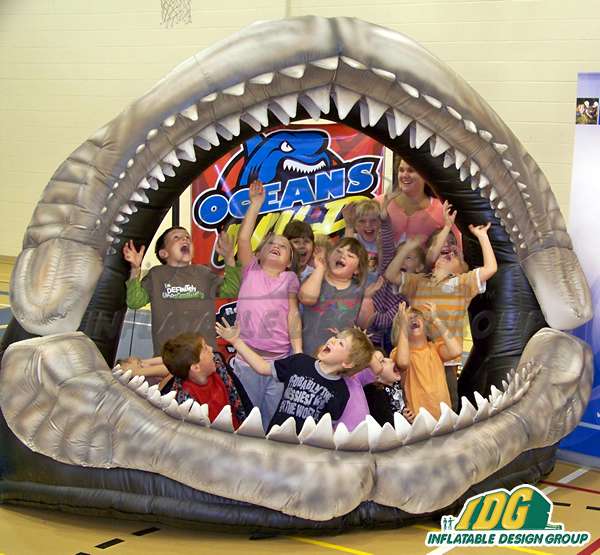 Shark week always has a national spot light on sharks to educate viewers and the same can hold true for these giant custom inflatable replicas of sharks. So, this year on Shark week follow along and learn all about the prehistoric shark Helicoprion, greek for spiral saw. Once you watch shark week you’ll understand the reasoning for the name of this shark. The main characteristic this shark has is having a 360 degree spiral of teeth which is where its nickname of  “Buzzsaw Killer” came from. This shark was 35′ long and appeared about 290 million years ago. Custom inflatable replicas such as ocean animals or custom sharks have been used to raise awareness. Calling attention of people of all ages to preserve and protect our marine life. 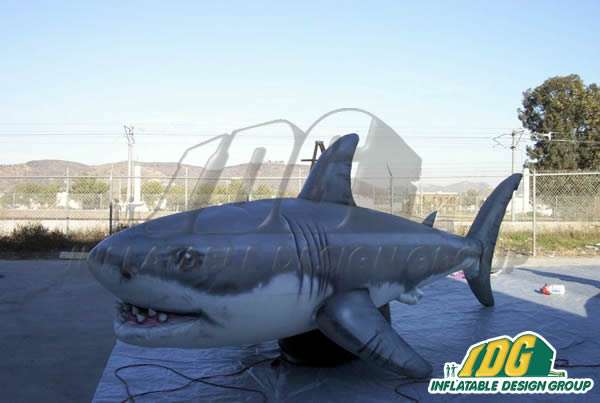 Educating and inspiring visitors is the main goal of the inflatable shark series. This giant Megalodonjaws travels the nation to entertain and educate school children. In addition to spreading the word of protecting and saving our oceans across the nation. So, check out some of the other Giant life size replicas of other ocean animals on our custom inflatables page. 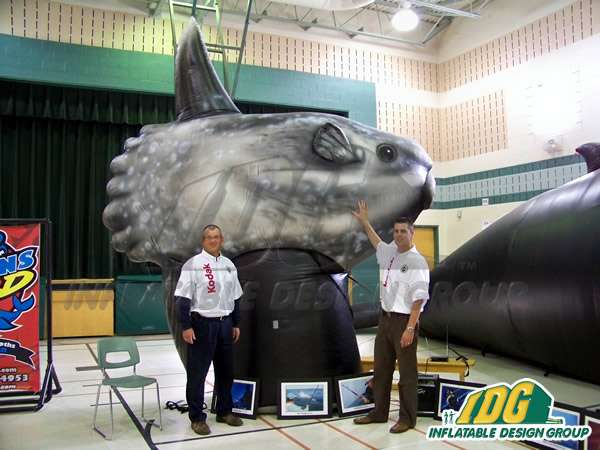