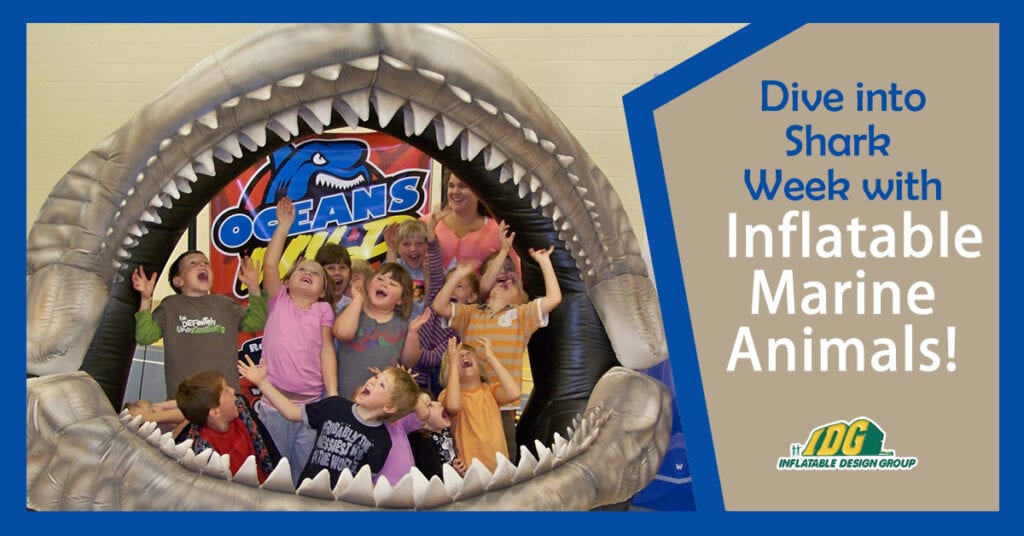 Shark Week takes place annually during July or early August on Discovery Channel.  It is a weeklong television special that started in 1988 to correct misconceptions about sharks.  According to Forbes, nearly 27 million people tuned into Shark Week in 2020.

Chompie, the inflatable shark, made his first appearance at the Discovery Channel’s headquarters in 2006.  The giant inflatable marine animal was custom-made by IDG’s innovative team and consisted of 5 pieces: the head, 2 pectoral fins, dorsal fin, and tail.  The five-piece custom inflatable installation was set up to look like Chompie was swimming through the Discovery Channel headquarters.  Chompie is 446 feet long, requires 10 blowers to keep him inflated, and is estimated to weigh around 84,000 pounds if he was real.

The giant inflatable shark, Chompie, is a great example of one of the many uses of inflatable marine animals.

Inflatable marine animals are also a great way to educate students in a fun and engaging way.

IDG worked with an educational Canadian-based charity to create 5 larger-than-life inflatable marine animal replicas.  These inflatable replicas were made with removable inflatable organs, allowing participants to enter the animal and learn about its anatomy.

In addition to interactive educational exhibits, IDG has also created inflatable marine animals for presentations.  IDG’s team designed inflatable replicas of a sunfish and a megalodon jaw for a museum presentation called “Ocean’s Wild”.  This presentation taught kids about the unique fish, the sunfish, and showed them how big the jaws of the extinct megalodon shark were.

IDG can turn virtually anything into an inflatable educational display.  Educational inflatables provide an engaging, creative, and fun learning experience.  They are also perfect for traveling exhibits since they are inflatable and easy to set up, take down, and transport.

Other Uses for Inflatable Marine Animals

The possibilities are endless for inflatable marine animals when you work with IDG’s innovative team.  For example, our team worked with the popular outdoor store, Bass Pro Shops, to create a custom shape bounce house.  This bounce house was fully customized and shaped like a giant fish!  It was also branded with the store’s logo.

As you can see, custom inflatable marine animals have multiple uses.  From inflatable promotion activations to interactive inflatables, anything is possible when you work with IDG.

Whether you want an educational exhibit or custom shaped bounce house, get started on your custom inflatable marine animal today!  Contact our team at info@inflatabledesigngroup.com or get a quote to start bringing your creation to life.

For more examples of inflatable animals and educational inflatables check out our website. 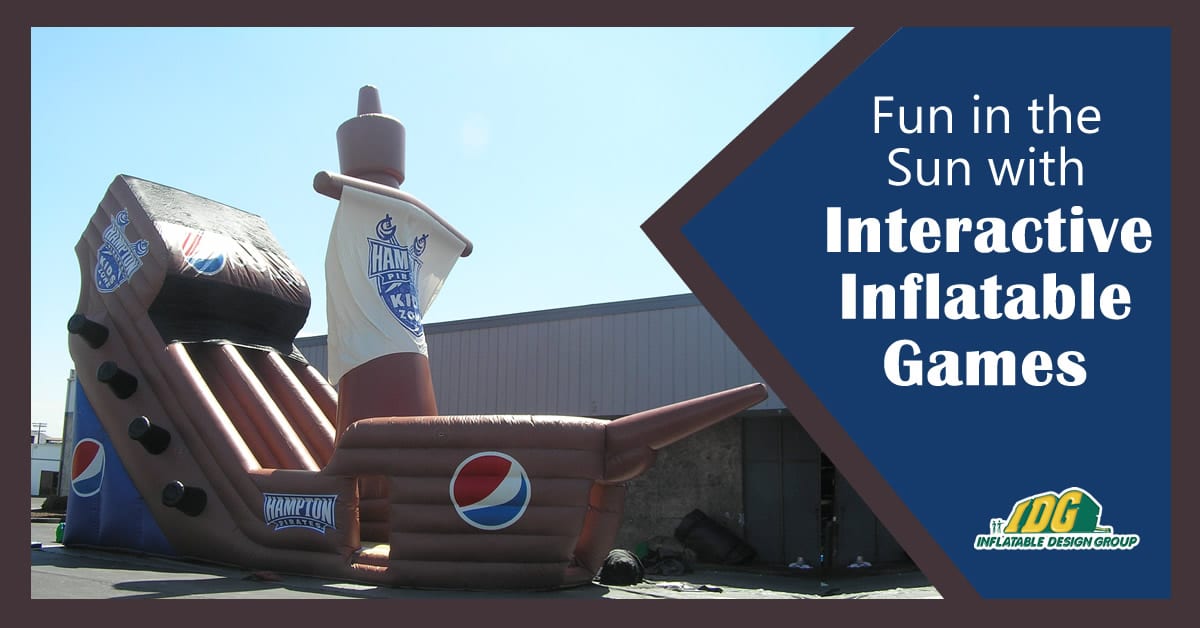 Have Some Fun in the Sun with Interactive Inflatable Games
Next
Spotlight on Custom Inflatables: Inflatable Products 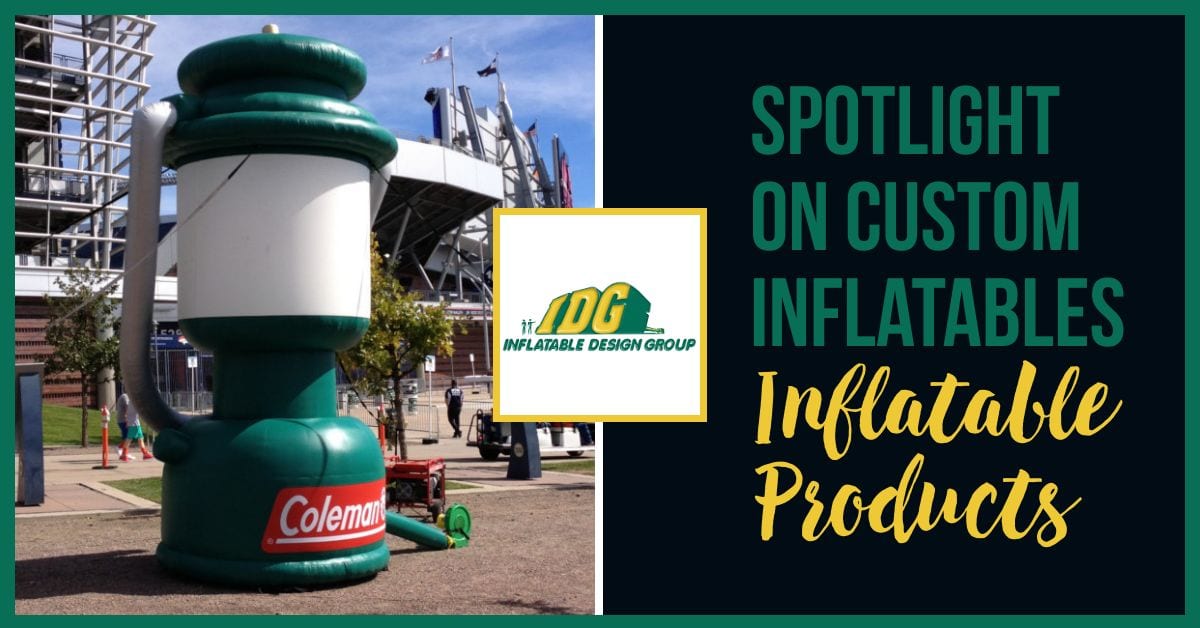