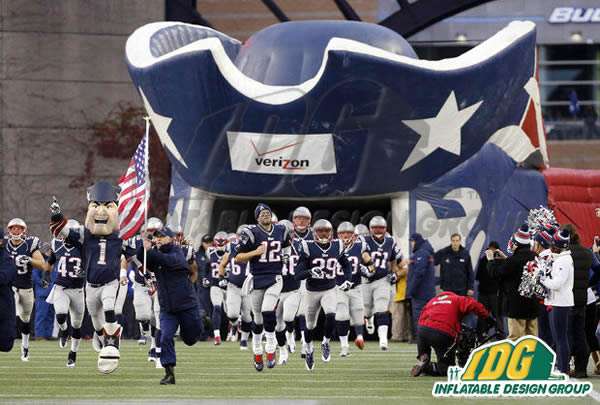 Running Out in Style with Inflatable Tunnels

What’s the first thing that gets your adrenaline pumping at a football game its ten minutes until show time and you are waiting for the grand entrance of your favorite team. All eyes are on the team the crowd is waiting for them to blast on to the field, what better way for them to show up in style than to burst through a huge inflatable tunnel. Inflatable tunnels are the best way to build up the momentum to see your favorite team while your crowd is waiting for the big game to start.

Like we have mentioned in previous posts we are a go big or go home type of company so many of our inflatables are huge with measurement ranging from 10 feet to 50 feet tall. What a statement that would make when your players would be flying through that tunnel at their next game.  Here is a short clip of some of our inflatable tunnels in action at the Denver Broncos and New England Patriots games.

It’s All About the Money with Inflatable Money Machines
Next
Inflatable Marketing to skyrocket your business!