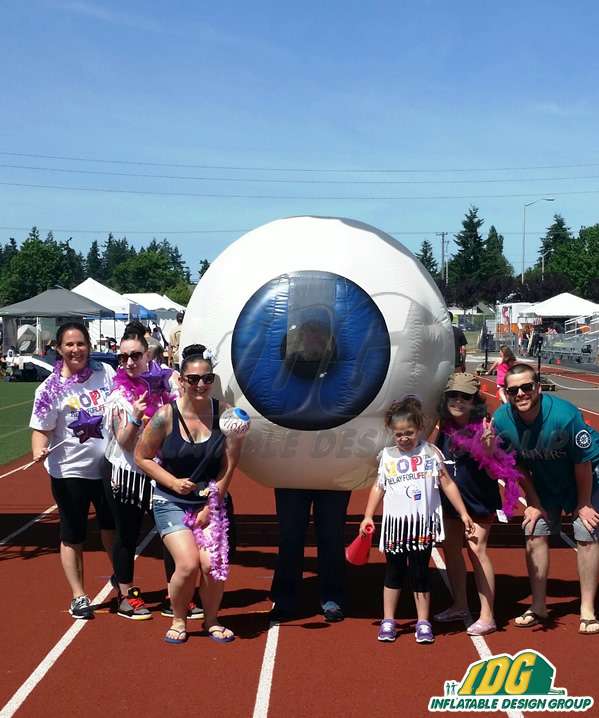 Before we usher in the new year, here is a look back at 2016 with amazing custom large inflatables from Inflatable Design Group! As many people look back at popular or controversial stories from 2016 we like to look back and see some of the fantastic inflatables that has made 2016 a year for the history books!

We started the year with a one of kind inflatable stage prop, a giant custom inflatable lion head for an electronic music festival that has toured all over the United States as well as around the world.

This work of art was a beautiful and yet ferocious custom inflatable. 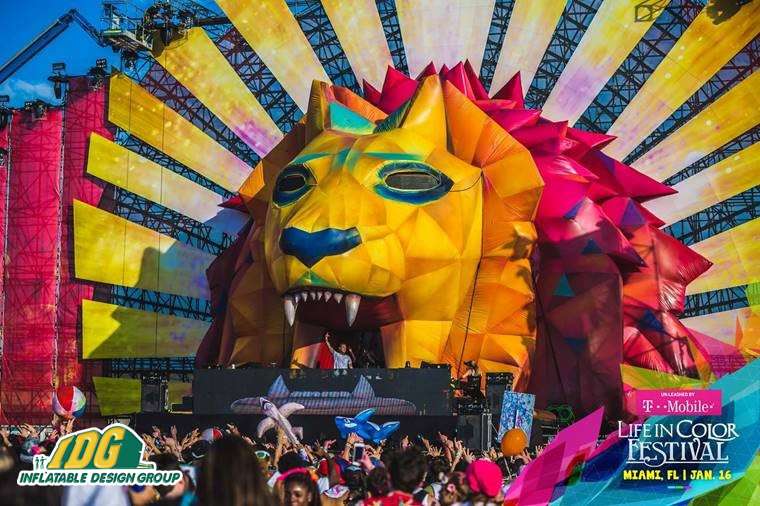 2016 was a grand slam with large inflatables!

The Columbia Fireflies had an amazing fun zone filled with custom slides, branded bounce houses, inflatable mascots and much more!  The ballpark for the Fireflies looks fantastic! 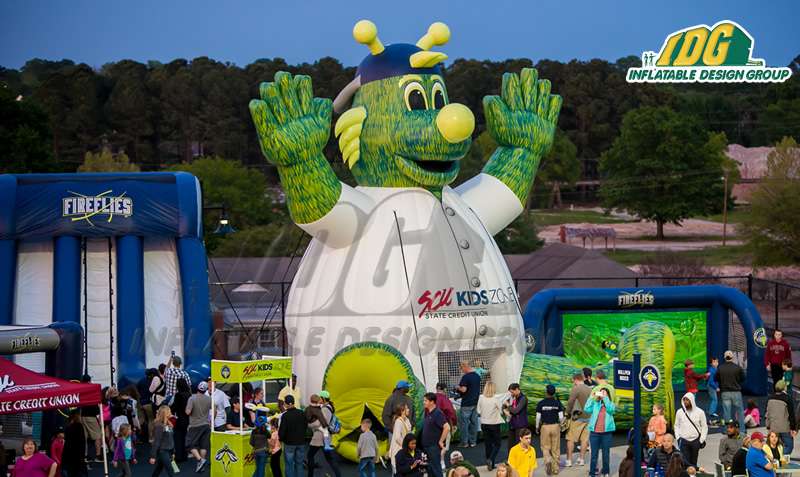 Made it to the Finish Line

5K Runs and marathons were active throughout the year and we had the chance to make countless custom archways and inflatable start/finish line inflatables showcasing their event!

Inflatable archways have been a great asset to have as they have been well received as something quick, light weight and easy to set up. 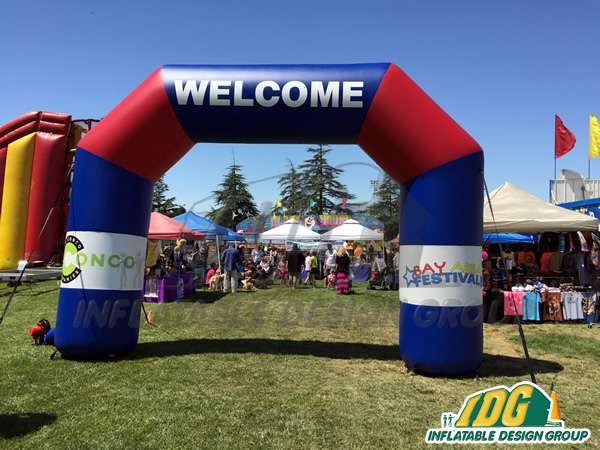 Going out with a BANG!

We can’t forget some great promotional inflatables that were so well received people waited in long lines to take a pictures with the inflatable!

The inflatable skillet was one of my favorite inflatables!  People dressed as bacon and eggs and jumped in the inflatable for a one of kind photo opportunity!

Imagine it and we can create it! 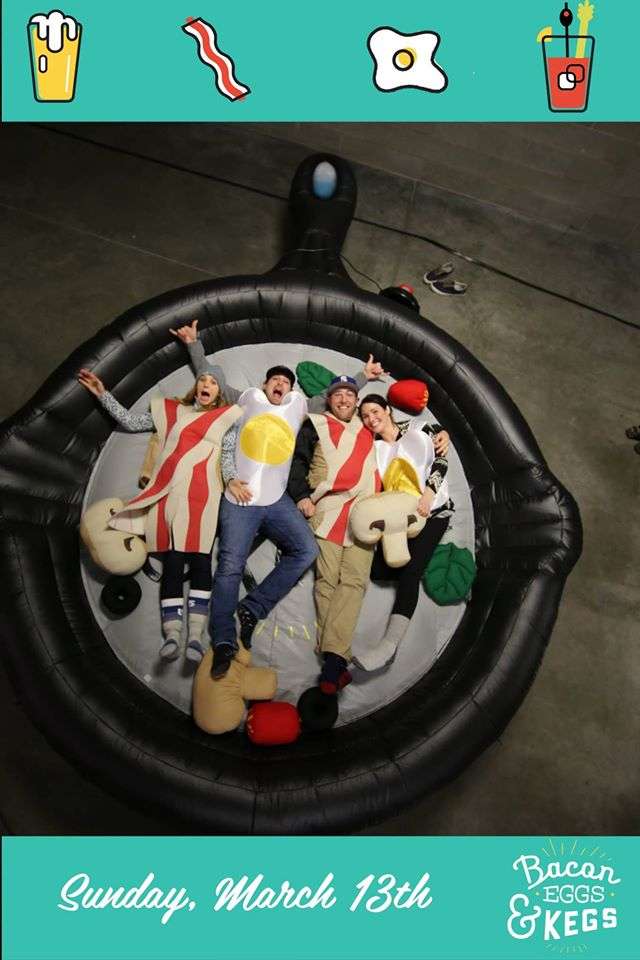 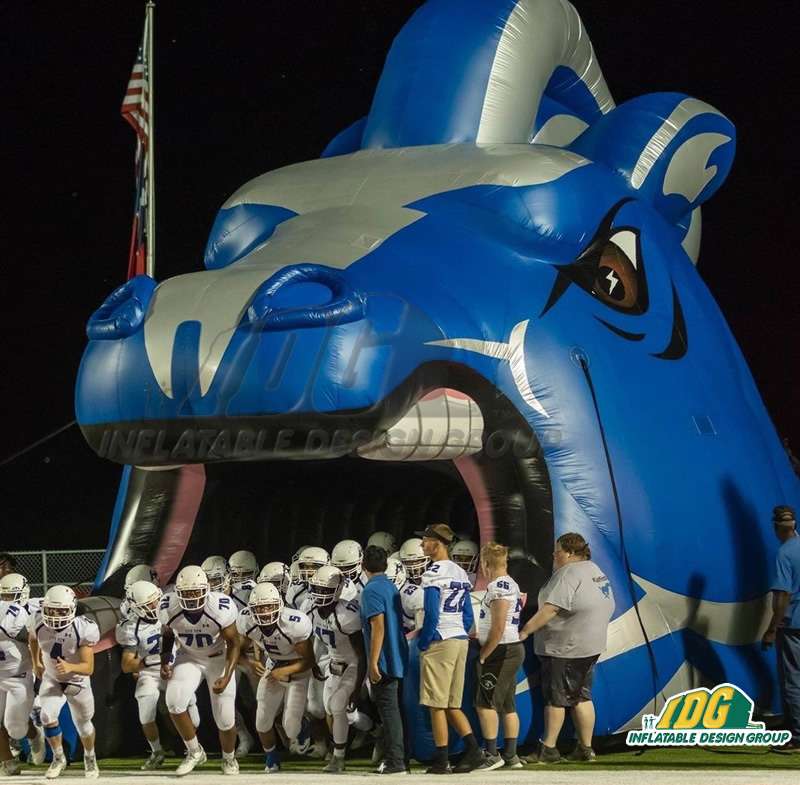 Our name in lights…

We won’t forget inflatables for the movie scene!

Kung Fu Panda kicked his way into our shop and looked adorable in front of the Chinese Mann Theatre.  We will never forget that giant inflatable. 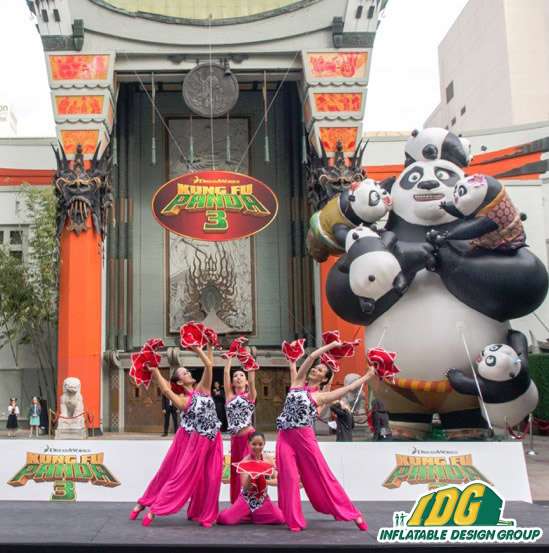 It is hard to remember all the custom inflatables as we have manufactured….. inflatable food that made us hungry, inflatable bottles we wanted to sample, inflatable tents and large inflatable logos …. the list is endless.

A year of great inflatable advertising in rewind. Launch into 2017 with a new custom inflatable from Inflatable Design Group!