Music Festival Inflatables Will Help You Dance the Night Away 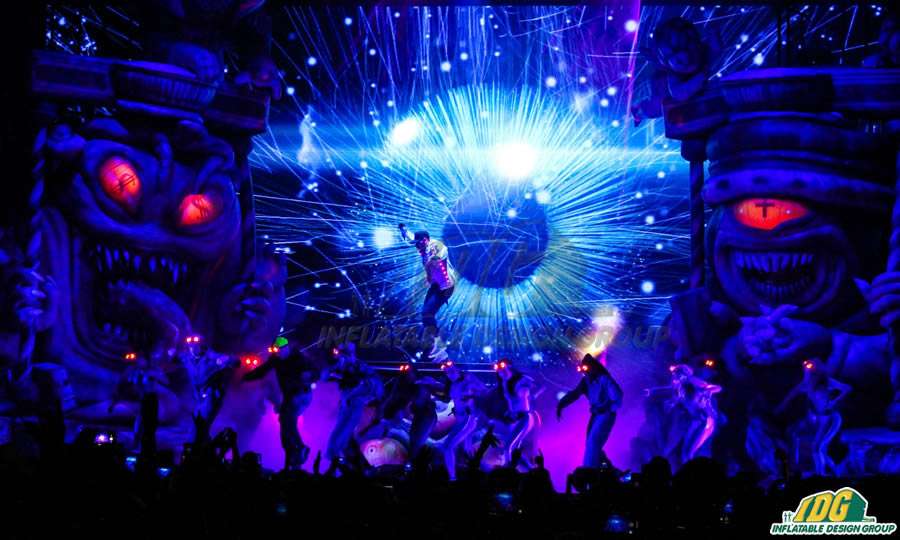 Music Festival Inflatables Will Help You Dance the Night Away

The weather is warming up which means the season of music festivals is here! From big-name fests like Bonnaroo to up and coming fests like Splash House, we have the music festival inflatables that will get the “vibez” just right. Here at Inflatable Design Group, we can turn your artistic vision into a reality. We have worked on creating mind-altering stage sets. In addition, Inflatable Design Group can add inflatable art exhibits and sculptures, strategically placing them all around the festival grounds.

We have worked with musicians and artists alike. We worked with Lewis De Soto to bring his artistic vision to life for his Paranirvana exhibits across the United States. Also, we have collaborated alongside famous musician Travis Scott. IDG created a cohesive marketing campaign for his Astroworld album. So, the campaign included one large 30 ft inflatable that was used as the album cover art. Six smaller replicas were used as promotional tools across the United States and the UK. Therefore, now you can see Travis Scott on the road with his IDG music festival inflatables at every stop of his tour including his Astroworld Fest! Inflatables are extremely versatile and we can help you design an inflatable that fits in seamlessly with all of your marketing and performance needs. Contact us today at info@inflatabledesigngroup.com for more information!